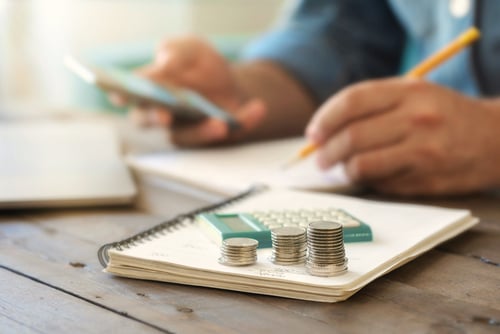 There can be considerable confusion amongst taxpayers who face foreign taxes as to what is creditable and how to allocate, calculate, and carry forward/carry back. There can still be surprises for those who feel they have a good grasp on the basics. One of the areas that can take a taxpayer by surprise is handling foreign tax credit for high taxed income.

To limit the utilization of excess foreign tax credit created by high-taxed foreign passive income and still collect US tax on low-taxed passive income, the Internal Revenue Code provides an exception commonly referred to as the high-tax kick out (HTKO). If foreign passive income is taxed at a higher rate by the foreign country than the maximum US rate applicable, there is a requirement to “kick-out” the income from the passive category. High-taxed passive income is recategorized into general, foreign branch, Sec. 951, or income in a specified separate category based on the rules for those categories of income based on proposed regulations.

Logan Berry received foreign dividend income of $500 with associated deductions of $300. Due to his residency status, he is taxed $100 in the foreign country on that foreign dividend income. After allocating the associated deduction, the potentially double-taxed income is $200. The tax of $100 on the $200 exceeds the max US rate. Therefore, the income, deduction, and tax are kicked out to the general category.

If Logan had previous passive foreign income with not enough tax, this would prevent Logan from being able to carryback the excess passive foreign tax from the current year to offset the prior-year foreign passive income.

Taxpayers should pay close attention to how the foreign income is taxed and the various associated expenses/losses/deductions. Foreign tax credits sound easy – income taxed in two places means you get a credit for the double taxation, but the nuances to how it is calculated are crucial to consider. The need to pay close attention to foreign tax credits is especially true post- Tax Cuts and Jobs Act, which has added new categories for foreign taxes to fall under and added new rules about how the tax credit is calculated.

The International Tax Team at Ryan & Wetmore is well-experienced with foreign tax credits. For questions or concerns regarding your international requirements, accounts, entities, income, and assets, click here to email our foreign tax team.  Please be aware that tax issues are complicated and may vary based on the details of your situation. For this reason, an initial phone call is generally required to obtain the facts and address the questions.

Traci Getz is a partner with Ryan & Wetmore, P.C. Traci has over fifteen years of experience providing accounting, tax, and consulting services to small and medium-sized business owners. She works with clients to understand their accounting and tax issues while specializing in international tax, healthcare, and construction.